Retirement, New Recruits and Everything Inbetween

I was at a retirement and new recruit dinner last night.  We all sat at tables that were already designated which was a first but I love meeting new people and met some really great ones last night.  I got weepy when the pageantry began as men marched into the room to the sound of bag pipes.  It felt solemn last night though.  So much had happened at the department over the last few years and instead of getting better, it seemed to only get worse with the lack of moral some of the more ambitious higher-ups brought to the top that was now beginning to trickle down.  As each retiree got up to speak, they all thanked their wives profusely for “putting up with them.”  The truth was as far as firefighter marriages go, no truer sentence has ever been spoken.

It’s tough being married to these guys and to list all the whys somehow feels like we are only looking at the bad stuff.  But that’s not true.  There are many things I love about being married to a hero.  And that word right there also is the truest one word sentence I know.  We listened to speeches from opposite ends of the career perspective.  Some of the retirees, unbeknownst to me, left under very convoluted circumstances.  One man talked about his breakdown and told all the current firefighters and newbies, “Don’t hold it in.  Talk to someone.”  Another retiree got up and apologized for the way he left.”  I have no idea what happened.  At the beginning however an older chief but rather new to his position apologized to 200 people for not handling things properly when there have been problems and he was right, he had really screwed up.  The problem I would conclude in my own opinion of course, was that ambition trumped interpersonal skills with some of these guys and they just didn’t show the kindness, compassion or respect to those who came to them with problems.  This was a new happening.  In years past there had always been a maturity with many of the Chiefs who had old school integrity and honor.  Something was seriously lacking these days but getting too big for those britches and letting ego and image prevail over a person’s dignity, will bite you in the ass every time.  Firefighters and their wives are after all, still human beings with feelings.  Returning to old school honor but with new ideas was on the horizon but they really needed to get back to the drawing board.

Nevertheless,  here we were, a room filled with so many wives that were brand new to this and so many who were old hats that could help them along.  How I wondered, could I connect the two?  After all, there was just no way of connecting the two without rousing suspicion from some of these men in uniform. As I have mentioned, they know they are hard to live with and after hearing their speeches tonight thanking their wives for “putting up with them”  some, as I had experienced were not supportive of their wives getting together to discuss marriage if they weren’t invited or didn’t know what was being discussed.  Yes, firefighters can be controlling because they experience so much uncontrolled tragedies.   But here is the thing:  not many guys are interested in talking about their relationships is a “group therapy” atmosphere.  Unless, I have found, they are a man of faith where marriage weekends put on by churches are all the norm, most men are not interested.  While my husband, in an informal atmosphere would talk about it, anything arranged, booked, or put on the calendar does not appeal.  “Just give me a list and tell me what to do” he’d say.  Women on the other hand love to get together to share and talk about their experiences.  As well, whatever they learn from talking and then implementing in their marriage will only benefit hubby in the long run.  Like that retired firefighter said, “don’t hold it in, talk about it.”  With mental illness at the forefront and getting the conversation, recognition and attention is so very badly deserves, it was good to hear our older firefighters open up honestly to a room filled with people about some of the personal hardships they’d experienced after years in the service.  Like TEMA says, Heros are Human too.  We all are.  Let’s make helping each other the truest sentence we know.  XO 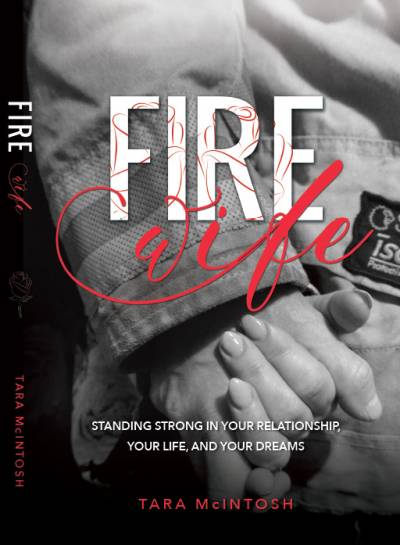